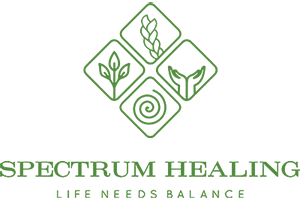 What are the hormones, and why women need to know the link between food choices and hormonal health

Everydayhealth.com defines them as  “chemicals produced by the body to help one part of the body communicate with another, by sending signals to certain organs, tissues, and cells.” They are released by organs, called endocrine glands, directly into the bloodstream. Different glands release different hormones which are carried by blood until they find their target tissue. Here they bind and begin to integrate chemical signals that then create a change in the tissue’s function. These changes tend to be long term and can be catalysts for other development in the tissue.

How does your body use them?

Hormones are extremely powerful chemicals and very small amounts can have major effects on the body. They influence and regulate the many areas of the body. They are key in beginning healthy sexual development  during puberty and adulthood, and then later on bring the onset of menapause. When it comes to regulating core body temperature hormones play a role in that as well. Controlling your ability to feel thirsty and rehydrate is vital, and your body needs hormones to help ensure blood sugars are kept at regular levels. As much as they perform for organ systems, hormones also trigger changes in emotions, and functional levels of cognition. This is why adolescent brains act differently. Female brains mature faster than male brains, and the hormones that play a part in this are very susceptible to disturbance from outside sources of medications, pollution and toxins.

Why is it important to understand signs and symptoms of imbalance in your body?

When you have a healthy hormonal system that is able to create change and regulate functions within your daily and yearly cycles then you have a much more robust ability to handle illness and mental demands. There is less burnout, less irregular sleep patterns, less digestive concerns, less extreme emotional states, and proper physical growth and development. Since hormonal balance makes such a big impact on how you experience your body’s health, making sure that you are aware of its imbalances is key in staying proactive about your healthcare needs. Some signs that you may have hormonal imbalance are when you notice your skin is breaking out, your having listlessness with activities that you once enjoyed, your gut gets bloated after meals, your hair is thinning, your monthly cycle becomes irregular, your sleep patterns are changing, you are seeing more fat tissue around the belly, developing sudden allergic reactions to food or body care products, or having decrease in your libido can all be indicators that your hormonal levels and functions may not be healthy.

How does the food we eat affect our hormones?

Food that is being grown for human consumption nowadays is not the same food grown to feed you great grandparents. You might be very concerned to learn that the food you eat has more than just a few bits of dirt stuck onto them. In today’s supermarkets, the produce and non-perishable food selection can be loaded with hormone disrupting chemicals as well as synthetic hormone byproducts. The most common of which are synthetic estrogen and testosterone, mostly found in meats and dairy food.  Here is some history about how hormones have influenced and changed the production of food in this industry. By the 1950’s almost all cattle in the US were being treated with deithylstilbestos (DES) and had been commonaly used within many large and small meat and milk cattle lots. DES acts as an estrogen hormone and creates a greater growth rate in young calves. During the same time it  had also been widely used on women as medication to prevent miscarriages. Not until 1970 did the FDA  and the American Congress of Obstetrics and Gynecology end its use, as it proved to cause high rates of vaginal cancers in the daughters of women who were given this form of synthetic hormone.

According to Dr Jeff Gillmen, associate professor of horticulture at the University of Minnesota and author of The Truth About Organic Gardening. “ Many of these chemicals have the potential to be very damaging to humans if they are exposed to high concentrations, or to low concentrations over an extended period of time.” Dr. Hoffman, author of Safer Food for a Healthier You on WebMD relays this. “It’s also long been known that breast cancer risk increases with higher lifetime exposure to estrogen. These facts have led many to question whether the continued use of synthetic estrogen in livestock is safe”.

If you think it’s only cows that are being treated with hormones, think again. Fruit and veggies can be laden with hormones. Oftentimes it is to produce  a product that is more appealing to consumers, like a fruit with more color or less seen count. The power of hormones to change the size and growth rate of fruit is just as powerful in plants as it is in mammals. The results may look yummy, but when ingested over many years there seems to be some poor effects on the health.

So how do you avoid all these synthetic hormones that disrupt your natural hormone function?  There seems to be a large campaign to produce quick and easy foods that have high protein but also concerning levels of synthetic compounds that might not be as healthy for the body as

desired. So without writing off your favorite foods all together, here are some helpful tips.

That all might seem like a lot, but it may prove to be worth it if you can start to learn to avoid the foods and brands that you know have a strong likelihood of disrupting your hormonal health.

How massage helps to address burnout